Skip to main content
Students! Get up to 30% off fixed-term memberships Join now

A Beginners Guide to Battle Ropes 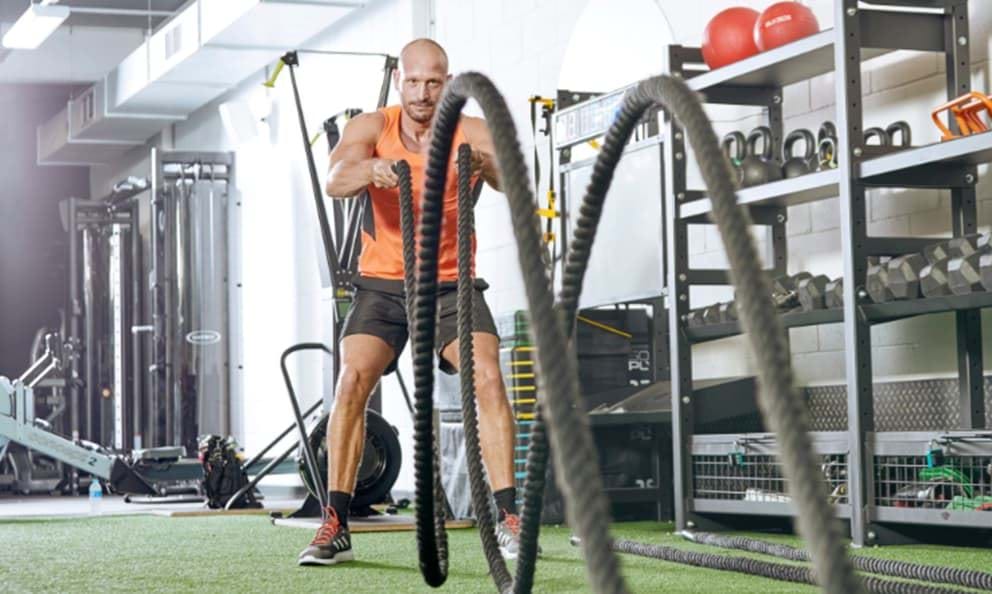 You may have recently noticed a wide range of professional athletes — particularly mixed martial artists — being photographed and recorded doing weird-looking exercises with ropes.

Believe it or not, this isn’t some promotional trend for the next blockbuster pirate film. “Battle ropes”, as they’re generally known, are a dynamic and powerful training tool, with the potential to overhaul your conditioning and even help you to build a bit of strength at the same time.

These thick, heavy ropes are tied (or “anchored”) in place and can be used in a nigh-on-endless number of ways. Here are a few of the more popular exercises. Just be sure to allow enough slack in the ropes for the exercises to work.

Alternating waves are the battle rope exercise you’re most likely to see in training montage videos. The reason? They look cool.

Alternating waves are an archetypal HIIT exercise. Here, the name of the game is to keep moving as quickly and rhythmically as possible, while maintaining proper form, and pushing beyond the point of exhaustion. Think of it as sprinting with your upper body.

The battle rope power slam is the equivalent of a medicine ball slam. This exercise will, among other things, target the lats and abs, stimulating a high degree of muscular contraction and contributing to overall explosive strength.

The battle rope star jump takes one of the classic plyometric exercises, turns the difficulty up a notch, and adds a substantial shoulder training component. It won’t be long before this exercise leaves you puffing, panting, and longing to drop your arms.

For more exercise ideas, check out our free Exercise guide.