Can music really give you a workout boost? 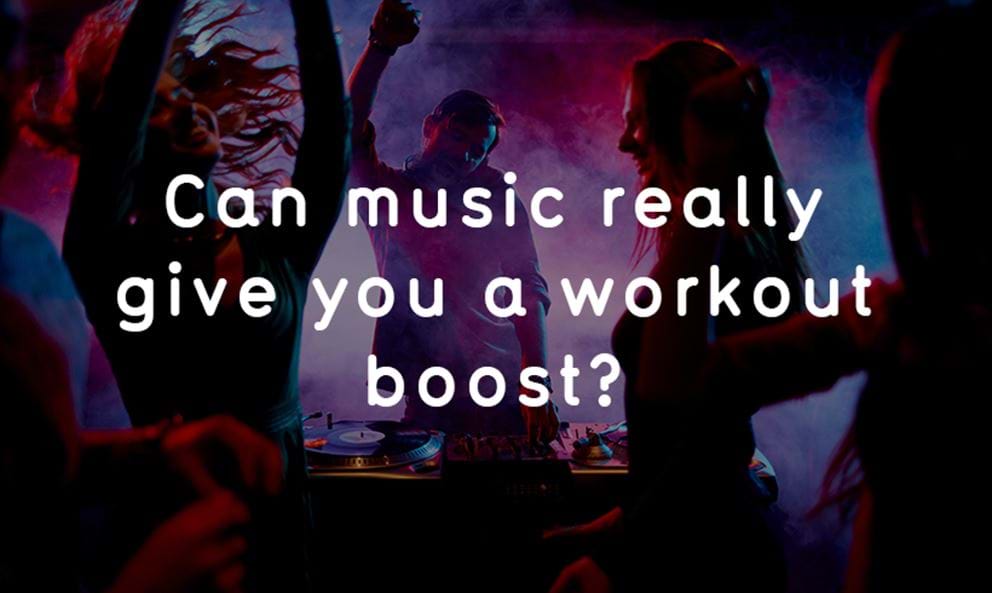 Have you ever wondered why almost all gyms play music to the masses of sweating trainees who grace their halls?

It’s not just to keep them up to date with what’s big in the charts. Or probably not, anyway.

It turns out that there is a good body of research to suggest that training to music improves performance and well being, helping you to push through mental blocks and move past plateaus.

A 2012 study found that patients in hospital who had just undergone surgery experienced less pain and distress when exposed to music than when left in silence.[1] Though this research doesn’t refer specifically to exercise, it makes sense that the same mechanisms would help you to shrug off the burn and keep moving on during a tough workout.

A 2012 review published in the International Review of Sport and Exercise Psychology found that music not only improved energy efficiency during repetitive endurance exercise, but also increased maximum work output.[2] Next time you’re pushing yourself to set a new best time while on a run, don’t forget your headphones at home.

Music Makes You More Explosive and Keeps You Energised

In other words, if you want to train harder and feel better in the weights room, bring your own tunes. It’s science.

What Type of Music Is Best?

As mentioned above, there are some definite benefits to listening to “self-selected music,” i.e. bringing your own mp3 player with you to the gym and listening to the tracks which get you, personally, fired up.

Basically, it works better than music you didn’t choose.[4]

It doesn’t end there, though. Other studies have found that the faster the tempo of the music, the harder the trainees would push themselves. One 2010 study specifically found this to be the case with cycling.[5]

None of this should be much of a surprise to anyone who’s ever trained with music. Faster, more energetic tracks just “feel” like a better fit for a workout than slow, weepy ballads.

It would seem, then, that the benefits of training with music are real. Your performance is directly and genuinely affected by what you listen to.

So before your next workout, why not sit down for a while and really dedicate some time to tailoring your training playlist? It could have as big an influence on your performance as any pre-workout supplement stack.