Intermittent fasting – what is it? And is it effective for fat loss? 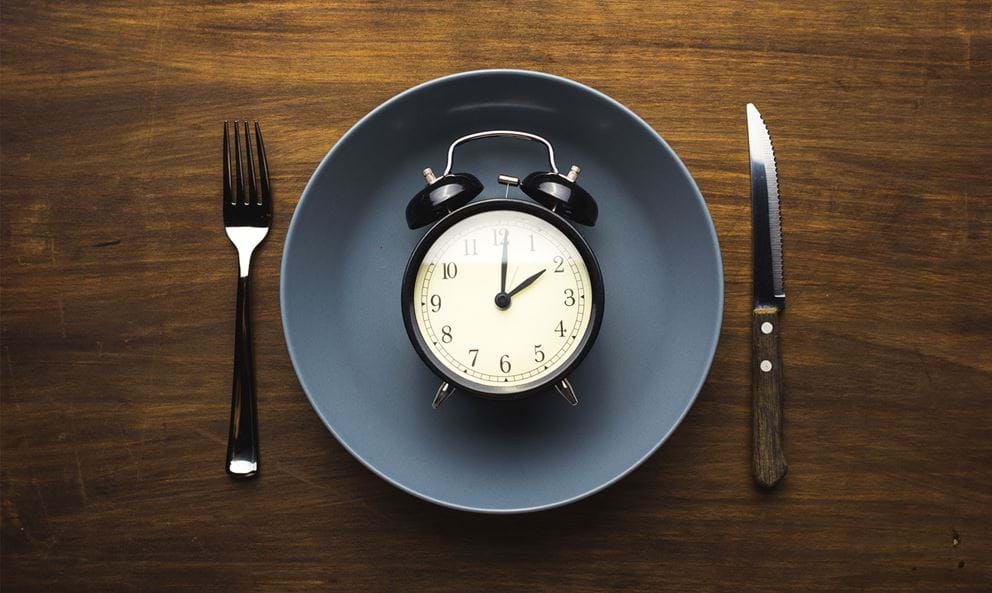 ‘Intermittent fasting’ (IF) is a term that has been gaining popularity over the recent years. With celebrities, personal trainers, bodybuilders and fitness influencers alike touting its benefits for fat loss, is it worth trying it?  Let’s find out what it is, and its potential advantages and disadvantages.

What is intermittent fasting?

Firstly, let’s not think of intermittent fasting as a diet. Instead, let’s think of it as an eating pattern. In simple terms it involves cycling between periods of eating and not eating. In other words, you’re making a conscious effort to eat only within certain windows of time on purpose.

Why are people raving about this eating approach?

Intermittent fasting works on the premise that by fasting and feasting intentionally, you generally consume fewer calories during your specified eating times than you would if you just ate regularly throughout the day (providing your goal is fat loss). So the purpose is not to change what you eat, but when you eat.  On paper, this is quite simple and it doesn’t require much behaviour change, which is probably why it has become quite popular.

How long do you have to fast for?

The most popular method of intermittent fasting is the 16/8 protocol. The numbers refer to fasting and eating periods. With this option you would fast for 16 hours each day and eat within an 8-hour time frame. For many people on this eating approach, this would mean having meals between 12pm – 8pm, and fasting from 8pm-12 the next day. You can look at these timings loosely though, and adopt it to fit in better with your lifestyle and preferences if you’re thinking of trying it.

So why would you choose Intermittent Fasting?

We know calorie restriction is a key component in all fat loss journeys, so if only eating between specified time frames helps you to ultimately eat less, this could help you sustain the calorie deficit needed for fat loss to take place.

Forget having to prep 5-6 meals to eat every 3 hours. This method allows you to eat fewer meals but in bigger portions during specified windows. This could be just the trick if your days are jam packed and you often find yourself cramming food in at the last minute.

The number one reason that most diets fail isn’t to do with eating the wrong foods, it’s because people fail to consistently stick to it. Making it less about nutrition and more about actual eating behaviours.

Diets are tough and at first they seem easy to contemplate but when things get down to the nitty gritty it becomes much harder to see through. This is kind of the opposite of intermittent fasting as at first it seems difficult to contemplate but actually quite easy to execute.

There are many different versions and protocols to experiment with when it comes to intermittent fasting. Here we’ve outlined the most popular and broken it down into simple terms.

Ultimately intermittent fasting could be an effective strategy for losing body fat, providing you maintain a calorie deficit throughout and sustain this in the long term.

So there you have it, beginners guide to intermittent fasting, what it is, its uses and who it might suit best. Will you give it a go? Well, that’s up to you…