The Future of Fitness

Whether it’s the invention of the treadmill or the arrival of wearables, fitness has never stood still. To see what the future holds, we studied the most unusual patents filed for new fitness-related products by some of our favourite brands. From data-tracking shoes that use your steps to charge themselves, to gym gear that releases therapeutic chemicals into your skin and even an underwater punchbag – this is the future of fitness. 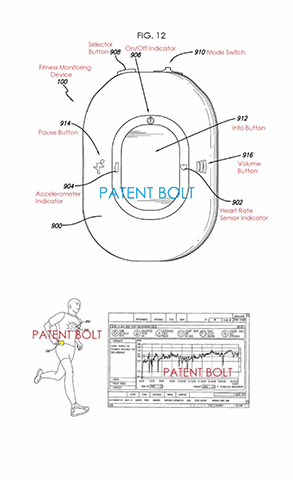 Adidas' miCoach already hosts a great range of wearable tech - from watches to speed-studying shoe attachments. And though the miCoach brand, its products and the accompanying app are set to fully merge with bestseller 'Runtastic' soon, Adidas want to keep up the innovation. Ideas patented include a device that would connect to specialised items of clothing which use sensors to monitor the whole body. These sensors would be embedded within the clothing, meaning there’s no straps or wires to deal with. A specially designed docking station would charge the device and transfer data over to a phone or computer. 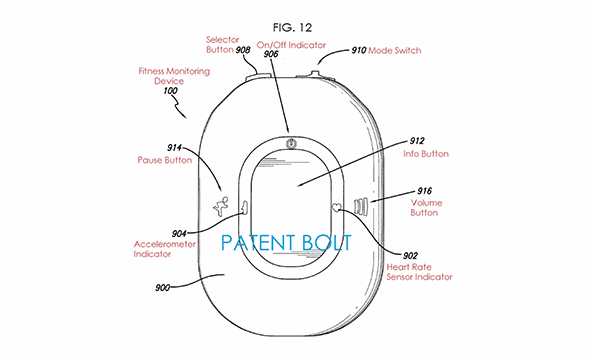 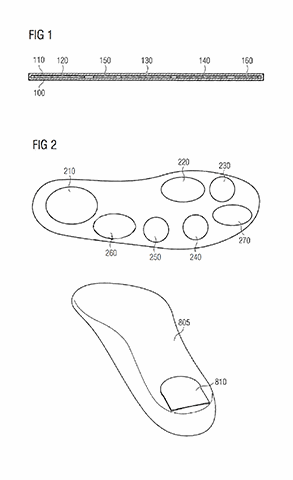 Wearable technology is nothing new, but Adidas are looking to end the need for charging by using our fitness activity itself to keep our monitoring devices ticking over. A specially designed sole would generate electricity through the bending that comes from walking or running, allowing an inbuilt sensor to count steps and measure speed. 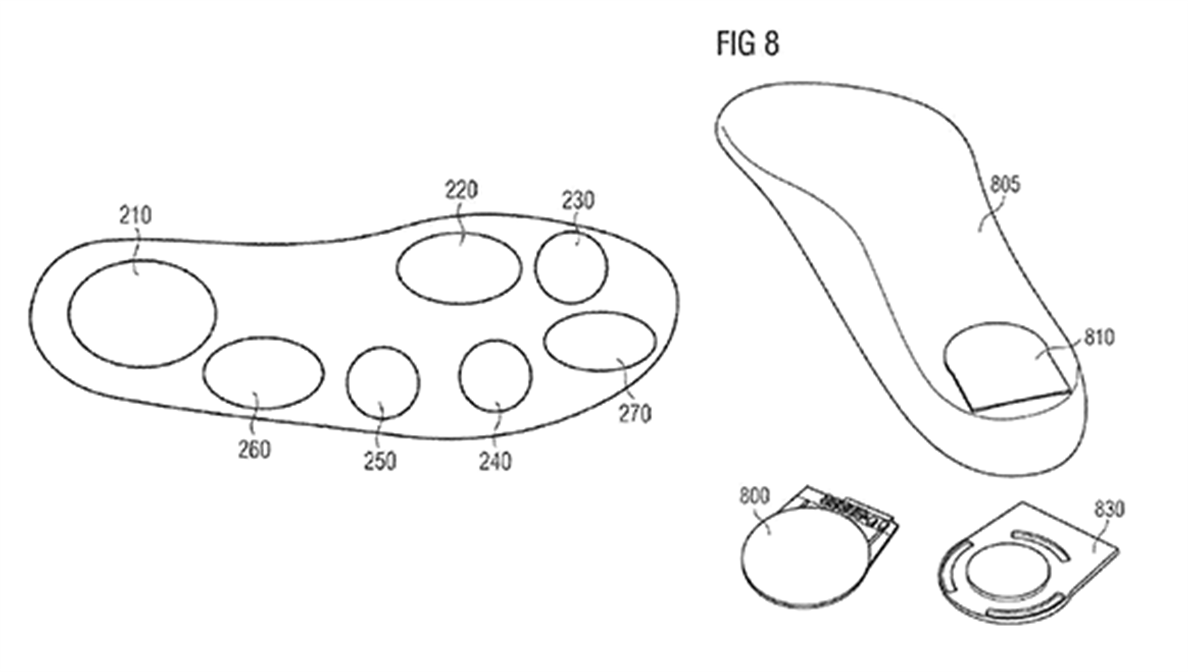 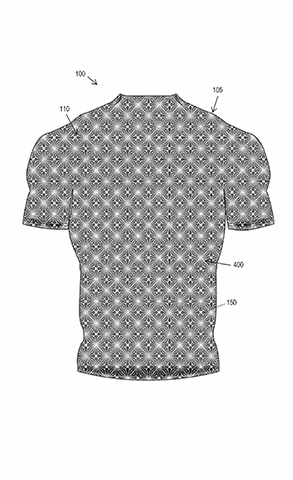 Patented by Under Armour

Under Armour are well known for their innovative sports apparel, with its product lines offering skin-friendly insulative or breathable qualities. But this latest development would see the company not only use materials - but chemicals - to optimise performance. Within garments, tiny wires would gradually release therapeutically effective chemicals that could be absorbed by the skin. These chemicals would include the likes of Magnesium, which is believed to be beneficial in regulating heart rhythm, reducing blood pressure and in producing ATP. 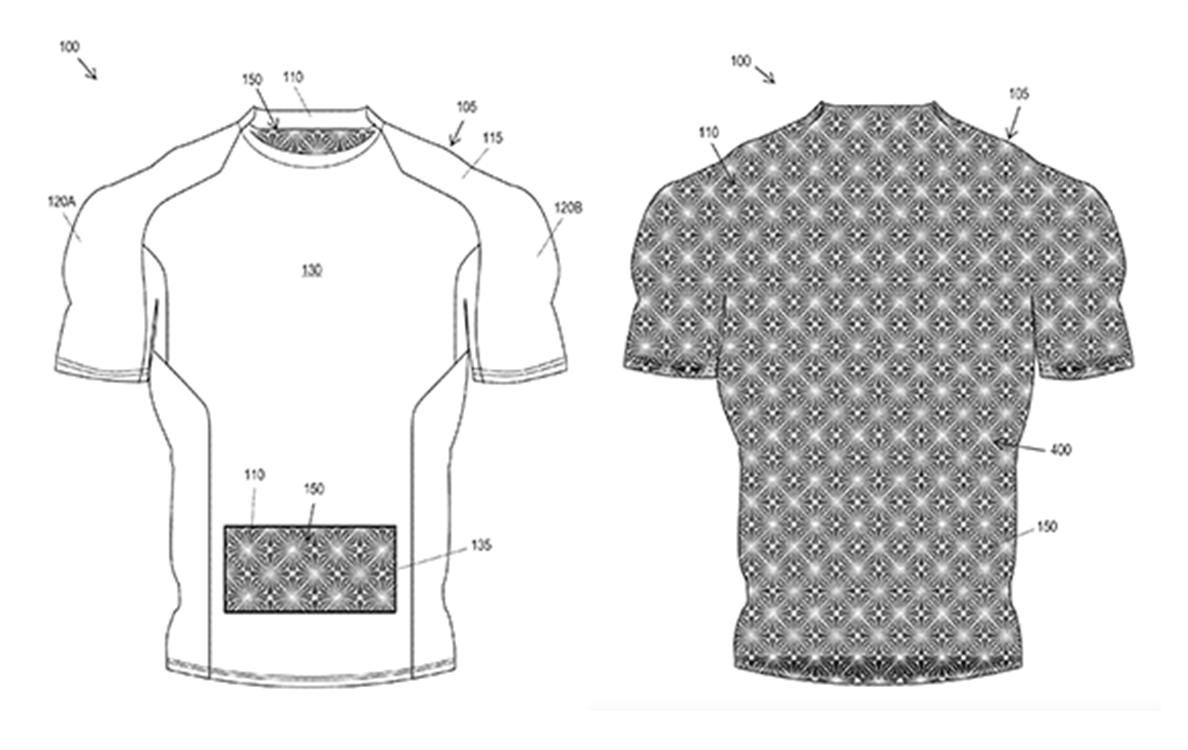 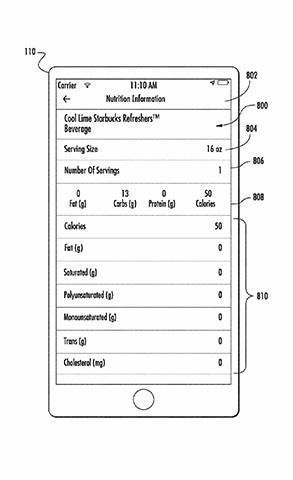 Patented by Under Armour

Today, all manner of electronic devices can be used to accurately measure how well we're matching up to our fitness goals. Quantifying our dietary intake is much more complex though, and often involves a slow process of inputting inaccurate information over and over. This patent would see devices which readily store accurate nutritional data for a whole host of food items and menu options at stores and restaurants everywhere. You'd use your GPS location and then check off your menu choices. The device could then suggest what else you should eat today to hit your goals. 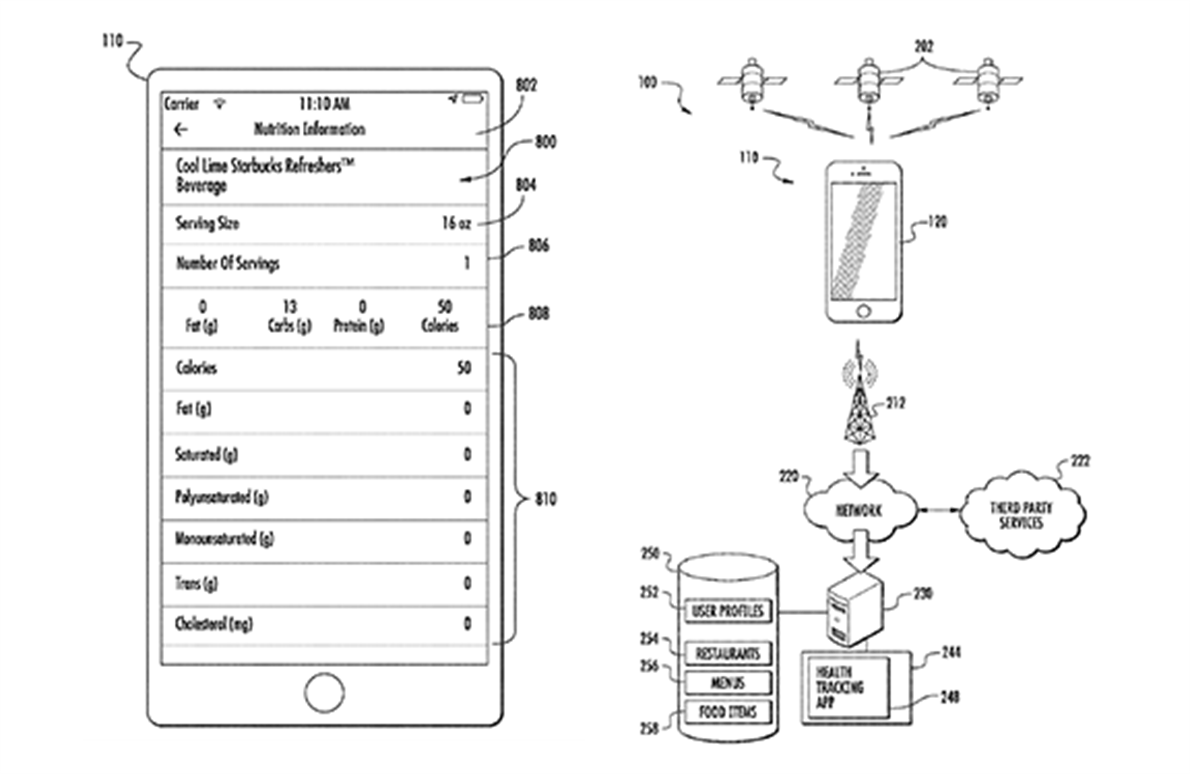 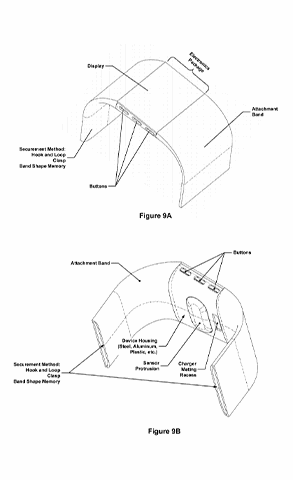 You may not be aware of arterial stiffening, but it has major implications for our health and wellbeing. It has been extensively linked to hypertension and high blood pressure, so it's something we should be looking out for. But how?

Usually, to check up on this, you'd need to see a doctor. But Fitbit's latest innovation would see this become a built-in metric on their monitoring devices, through the magic of pulse wave analysis of photolethysmogram data. Included on a wearable, it could allow you to check this metric while the body is under stress through activity. 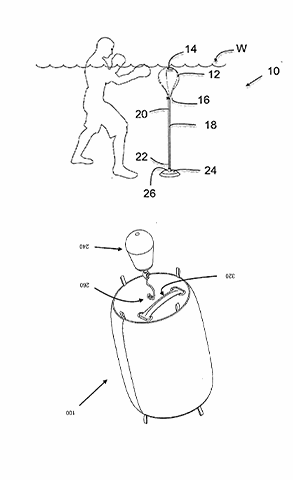 The physical benefits of exercising in water are well documented. It allows us to work against a constant resistance, without our body having to take powerful hits and impacts in the process.

By designing a transportable fixture that places punch bags within a body of water, these inventors hope to make their use more efficient while minimising the risk of injury from them. 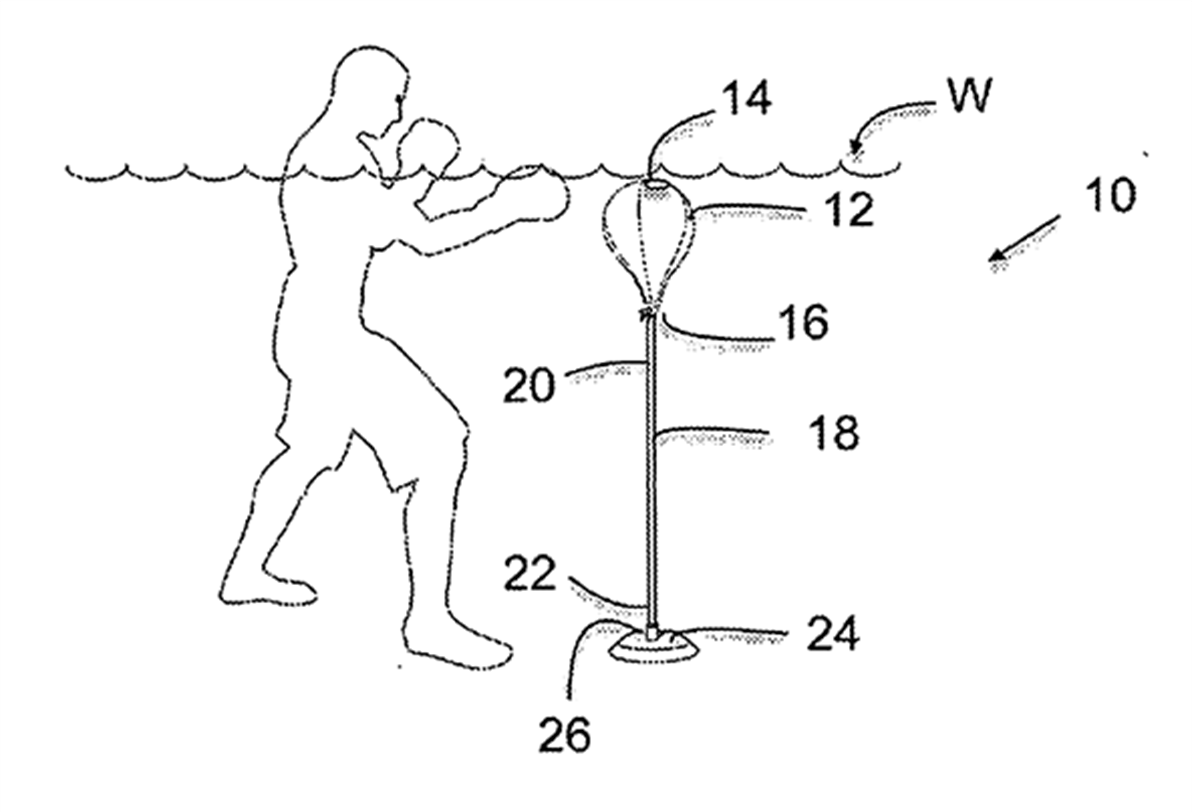 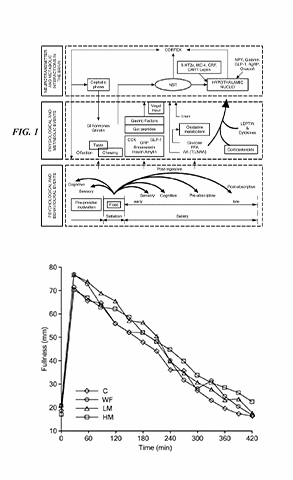 Patented by  University Of Copenhagen

Imagine if putting off your hunger for a few hours, at least until you're next due a meal, was as simple as taking a supplement?

Researchers at the University of Copenhagen might just make this a reality. In a move that could revolutionise dieting, they're looking to develop foods, additives and supplements that work within the body to temporarily remove the sensation of hunger. Such products could even have the smells and flavours we all love from our food, while being scientifically engineered to stop us grabbing for those mid-afternoon and late-evening snacks. 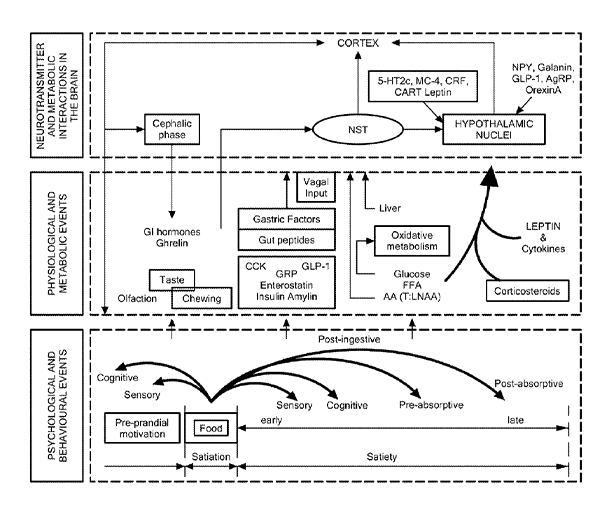 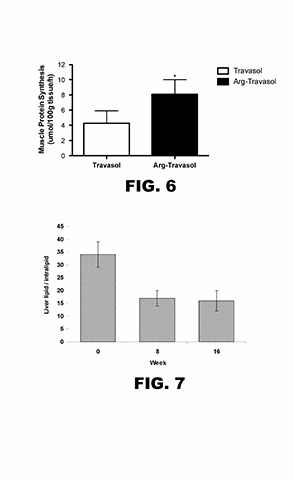 As we age, we start to wonder if there's some magical way to turn back the clock. If this patent's anything to go by, Bioventures Llc think there might be.

When we reach old age, our body's ability to use amino acids to stimulate muscle protein synthesis diminishes. The company theorises this may be partly responsible for the loss of strength and muscle mass we see in elderly people. To combat this, they're looking to develop a 'super supplement' that re-invigorates muscle growth in older individuals. 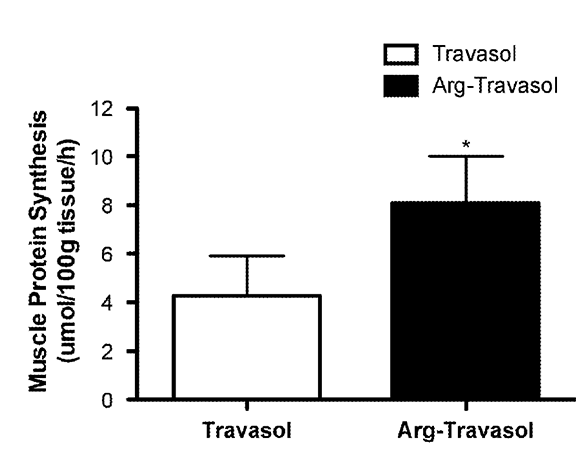 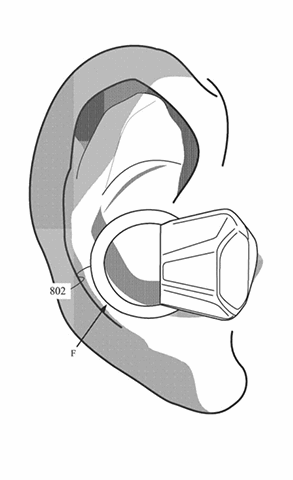 One obvious downside to wearable tech is that you have to actually go out and invest in an array of watches, bands and dongles. If only the devices we already use each and every day were equipped with comprehensive, fitness tracking abilities, eh?

Apple might just make this a reality. Having unveiled their wireless earphones 'AirPods' in 2016, the company is now looking to fit the devices with a range of sensors that could track fitness activity while playing some of your favourite tunes. 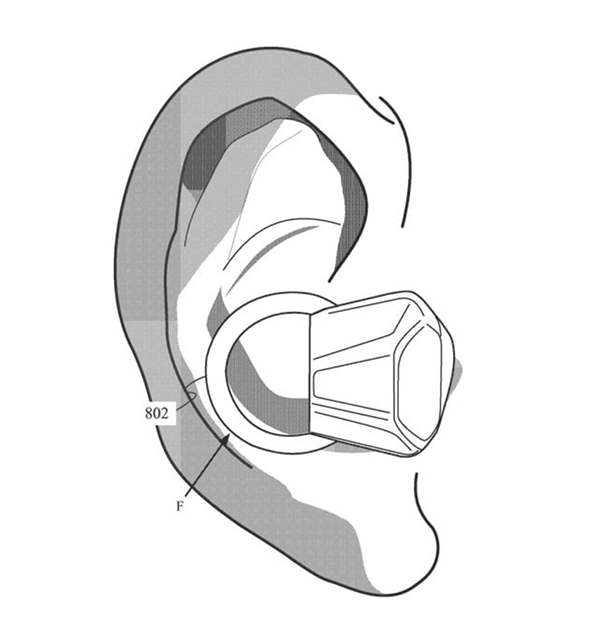 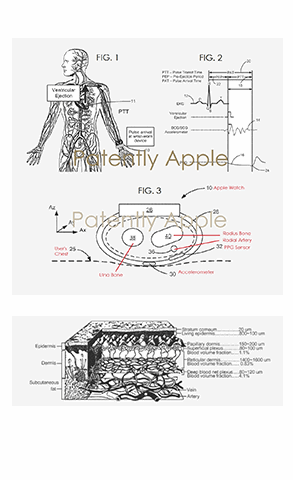 Companies like Apple have been producing a range of smartwatches for several years now. Many of these are fitted with simple fitness tracking technology - working as pedometers and even tracking heart rates.

Using light rays and pressure sensors, this latest addition would see the Apple Watch able to track blood pressure and study for any heart-rate abnormalities. 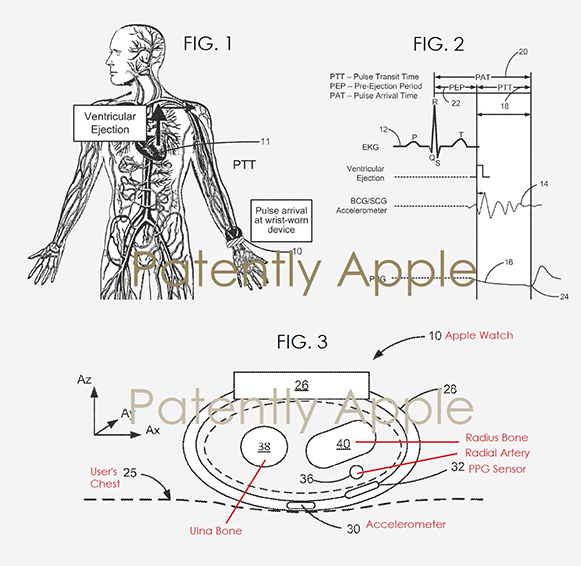 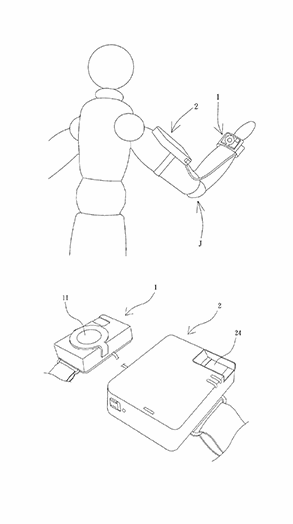 In the world of fitness, we like to keep our eye on a lot of metrics; our weight, BMI, heart rate, body fat percentage and the like. But while we can learn a lot from these, it's hard to truly gauge and quantify just how well our muscle-building and toning is going.

This device from Kaohsiung Veterans General Hospital would see an attachable device that, when wrapped around a muscle, could provide readings using a combination of vibration, motion and temperature sensors. This would allow us to quantifiably track our muscle-gaining progress in a way we've never quite managed to before. 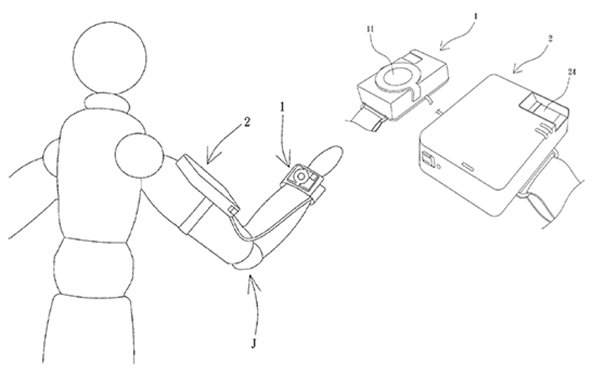 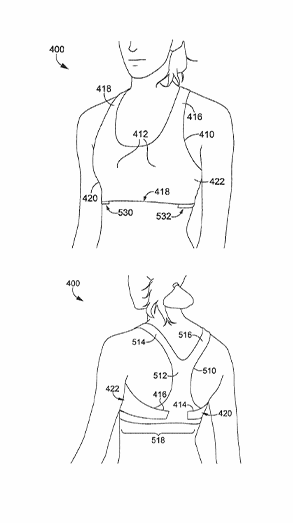 Owing to this recent patent, Nike clearly think they're onto something with their re-imagining of the sports bra. While the sports bra tends to do its job reasonably well, it does have some drawbacks. Often, they're a hassle to put on, and to take off post-workout in particular. They're also not adjustable, meaning the level of the support they provide can't be altered between different types of exercise.

Nike's new design answers these problems. Instead of existing of a single, continuous band, this new design sees separated front and back portions joined only by shoulder straps. Adjustable underbands on both the front and back would allow the fit to be altered, and the bra to be easily tightened and released at will. The result is a sports bra that's easier to put on and take off, and is far more flexible. 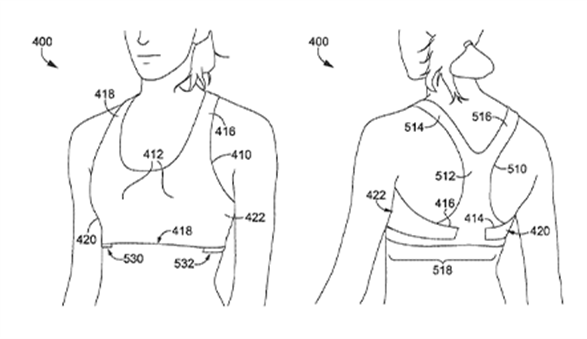