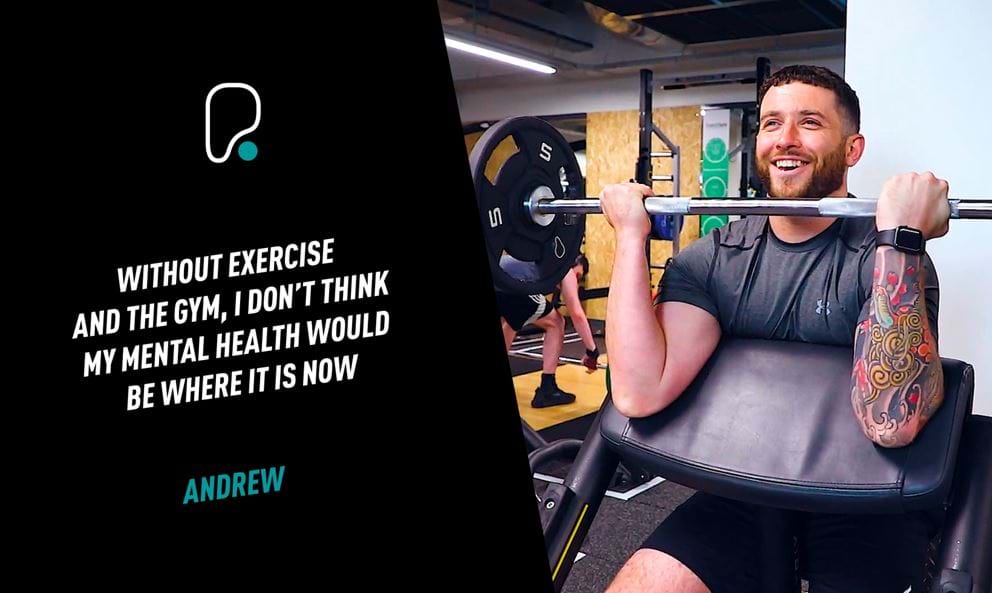 This week’s member story follows Andrew, who is a manager at PureGym Manchester Eccles . After a serious injury saw Andrew out of his Olympic weightlifting competition he struggled with his mental health. He turned to the gym to help look after his mental wellbeing and then decided to turn his passion into a career and help change people’s lives for the better.

Hi, my name is Andrew, I’m an Olympic weightlifting coach and I’m a manager at PureGym Manchester Eccles.

I was always active as a kid, and I wanted to get stronger but was too young to join a gym. At the age of 13 I joined my schools Olympic weightlifting club and gave it a go. Whilst I was only using a wooden bar, I was able to get into the positions and grasp the techniques of the lifts quite quickly – and over time we realised I was quite good! That’s when I fell in love with lifting.

I was always striving to be the best that I could be and at 15 I became the British Champion in the under 77kg class. It gave me a sense of belonging, something that I could be a part of and feel proud of.

But then I got injured in the run up to a big competition and everything changed in a second. I lost concentration during a clean and jerk and ended up falling over and severely breaking my arm. I can still remember now watching the competition from the side lines in a cast.

I was hungry to get back into my training, but soon realised it wasn’t quite so simple as picking back up where I left off. I was back to the wooden bar, and I realised it was going to be a long process to build back up to the level I was competing at. This was really difficult to process, and I was so disheartened.

From there I started coaching Olympic weightlifting to kids instead. Mental health is something that’s really important to me. Depression is rising, not only within adults, but within children too, and I wanted to help make a difference. I wanted to help kids like me find their confidence and sense of belonging.

As soon as I was old enough to, I joined a gym and got a personal trainer to help with my confidence, and well, I never really left!

That’s when I saw an advert for a Personal Training course, and I knew I wanted to turn my passion into a career.

Initially I nearly didn’t go through with it because my mental health was in a bad place at the time, and I didn’t want to have to meet new people – but I decided to give it a go and I’m so glad I did.

Once I passed and got my Personal Training qualification, I started working at PureGym Manchester Debdale. I was 20 years old, fresh from my course, never ran a business in my life but I was given all the tools to build my own business and had amazing support from the PureGym team.

As I gained a comfortable client base, I noticed that PureGym was growing, and I wanted to be a part of it. I saw the job satisfaction that the managers in my club had, and it made me want to step up into a management position. So, I learnt the ropes, continued to develop, and learn and went from member to personal trainer to general manager.

One of the main things I love about my job is the member interaction, the gym really is a community and it’s so great to be a part of. I also love nothing more than helping Personal Trainers build their businesses and succeed, like the PureGym team did with me when I joined as a PT.

So, if you’re thinking about becoming a personal trainer, do it! It’s one of the most rewarding careers around and gives you a chance to change so many people’s lives for the better. It can be challenging, but worth it!

And if you’re thinking about joining a gym, and nervous to start, just do it! Without exercise and the gym, I don’t think my mental health would be where it is now. The gym allows me to escape reality, even just for an hour or so. Any problem or stress leaves my mind and allows me to be present in the moment.

I’ve had a couple of stints where bad mental health has taken a hold. I was in possibly the worst place that I’ve ever been. Exercise was what got me through all of that.