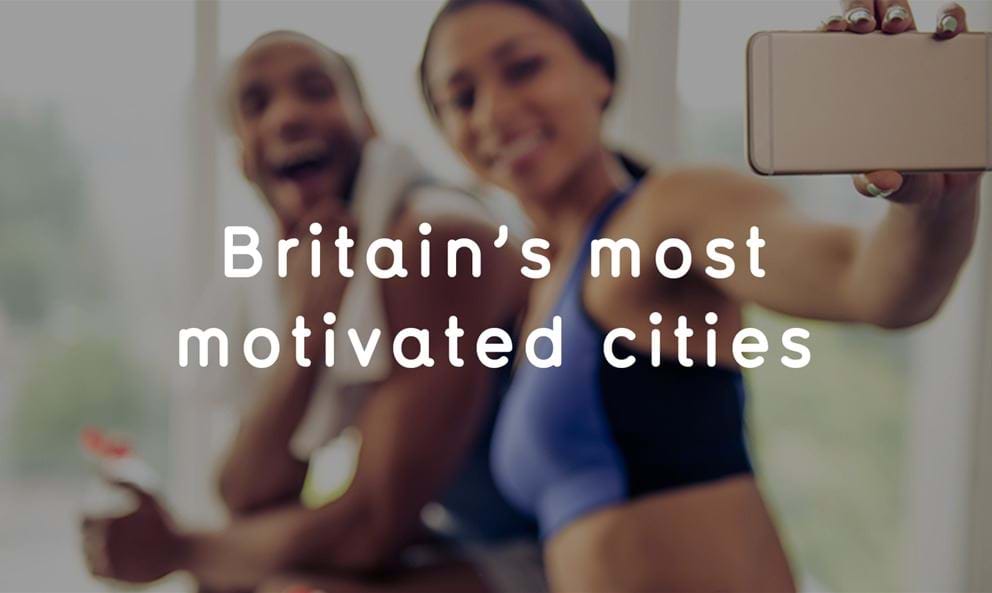 When you’re coming to the end of a great session at the gym, there’s that irresistible urge to shout from the rooftops about hitting your goals and making those gains. And it’s this that’s behind the rise and rise of the #gymselfie. It’s a real phenomenon. Just by tracking some of the most popular fitness-related hashtags, we sifted through 130,000 public posts - on social media platforms such as Twitter and Instagram - in the last six weeks of 2016 alone.

But what are our #gymselfies really saying about us? Can they tell us which corner of the country comes out top for hitting those fitness goals and feeling gym-confident? We decided to crunch the data and find out who was posting, how motivated they were, and what factors were spurring people on across each region of Britain.

When we took a look at the figures, we made some fascinating realisations. A Whopping 73% of gym selfies were posted by people over the age of 35, shattering the assumption that smartphone-addicted youngster are the ones behind this trend.

Percentages of People who Posted Selfies

Men were responsible for slightly more selfies than women too- by a 60/40 split. This was the case right across the country, except in Yorkshire and the Humber, where the ladies narrowly pulled ahead. Unsurprisingly, Londoners made up a whopping 37% of the posts we looked at; that’s much more than the second most selfie-taking region, which was North West England at 10%.

Most Motivating Posts by Region

But this alone doesn’t give us the full picture when trying to assess which region’s home to the most determined occupants. We used analytics tools to sieve through the hashtags, categorising posts as motivated, neutral or negative based on the kind of comments expressed in each. When we broke this down by region, we saw some stark differences across the country.

Thankfully, for no region of the country were more than 3% of posts negative. People in East Wales were the most negative about their gym selfies, but they more than made up for it – with a whopping 62% of posts being motivational- ranking as the second best in the country. But it was the North East of Scotland that came out on top. With 65% of all #gymselfie posts being inspirational, it’s here you’ll find Britain’s most determined fitness fans.

Conversely, it’s those in the North of England who appear to be the least keen. Just two in every five posts from the North East and the North West regions were motivational, with a clear majority simply being neutral and not particularly enthusiastic.

To understand what might be driving this varied pattern of determination across the country, we looked at what subjects and hashtags gym-goers were discussing alongside their #gymselfies. While some of the same keywords cropped up again and again, we began to see that different corners of the country did indeed have different focuses, and different factors that were motivating them to achieve their fitness goals.