One simple trick to help you lose fat 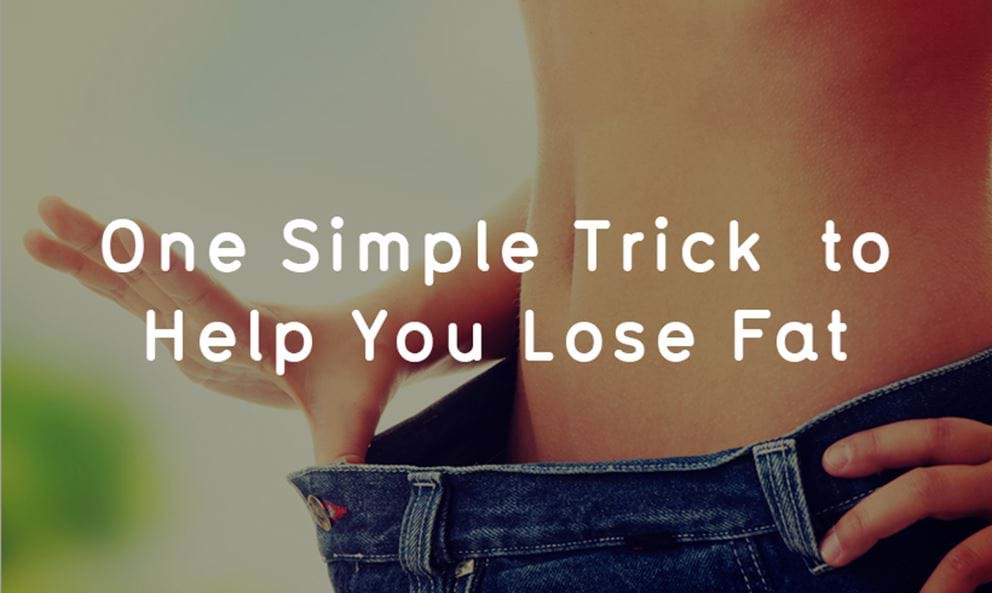 We all know the feeling – you've eaten till you're full to the brim on Christmas day. You may be feeling bloated or even a little bit guilty about slacking off your gym routine and having overeaten in the last month or so. But fret not, you should be allowed to enjoy indulgence here and there, and now that the Christmas festivities are over, it's time to take a look at how you can get back on track with just a few small changes.

Researchers from Texas Christian University have found that eating slowly makes us feel less hungry an hour afterwards, compared to wolfing the whole lot down.

The results found that people who ate slowly consumed 88 less calories than the fast eaters. How? It takes around 20 minutes for your hormones to both recognise and tell your brain that you've had enough to eat, but when you eat quickly, your body doesn't have time to go through this process and before you know it, you've overeaten.

But you don't need to cut your portion sizes or embark on a drastic diet – just try these five top tips to be a more mindful muncher.

Have you ever been so hungry you can't remember the meal after you've finished? Eating your food with vigour may satisfy your hunger, but your waistline won't thank you for it. A study published by Wageningen University, Netherlands found that those who took smaller bites of their food ate 30% less than those who ate with larger mouthfuls. This is because the bigger biters underestimated how much they consumed when they took large gulps, but those who took small bites tended to overestimate consumption therefore ate less overall. So how much is too much? Try eating with smaller cutlery (such as starter knives and forks) that will force you to take smaller mouthfuls.

Although it may seem extreme, counting how many times you chew each forkful is a vital way to slow down. Researchers have found that a minimum of 40 chews is recommended for your body to register what it's taking in, and absorb the nutrients. However, it's important not to become too obsessive about the number (you want to enjoy it after all), so a good way to tell is if your food has become liquidised and lost all of its texture.

3. Put the Fork Down

Having a short break between mouthfuls will not only encourage you to think about what you're eating but also consider how much you have left, and question whether you really need to finish the whole plateful. Are you satisfied already? Do you need to eat it just because it's there? These are things we often overlook whilst we're eating, as we're distracted by conversation, the TV or a great film.

How many times have you felt famished, but instantly feel better after a glass of water? You're not alone. Water gives us a unique sense of fullness so drinking a pint or two before eating can help us get to the point of satiety, without excessive amounts of food meaning we eat less.

Instead of wolfing down a carb-heavy meal, try to include some foods, containing water, air, or fibre as they have fewer calories than other foods and also cause the stomach to stretch and empty slowly. Think fruits, vegetables, soups and salads as a starter or snack to stop you from over-indulging.

With these helpful tips, hopefully your over eating days will soon be over, and the results will come.