How to speed up your metabolism naturally 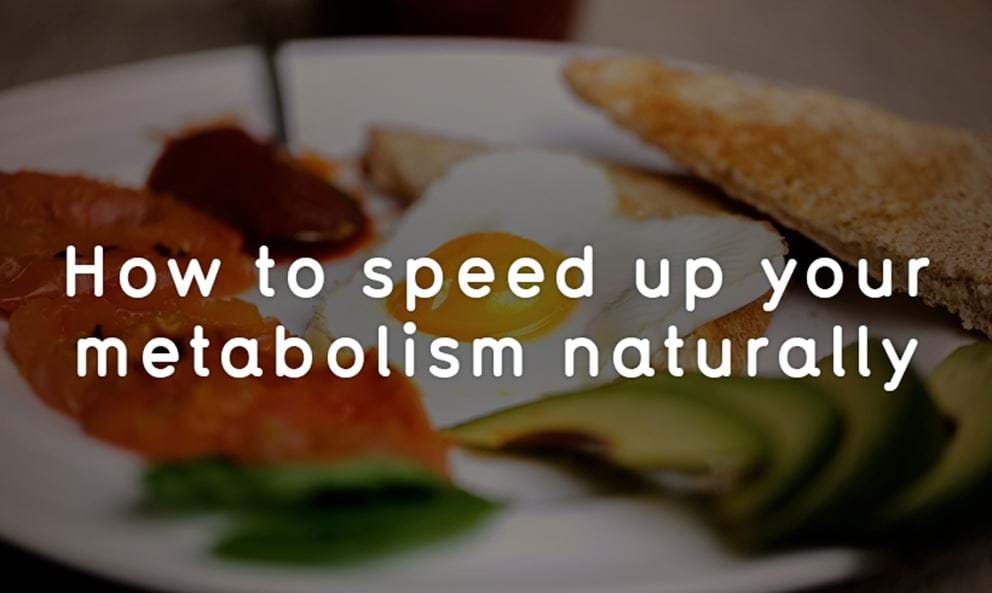 Metabolism is one of those magic buzzwords which gets thrown around a lot. The average gym-goer is well aware that a fast metabolism is supposed to be the secret to effortless weight management, but with dozens of products on the market boasting the ability to boost your metabolism and turn you into a fat-burning machine, as well as numerous exercise plans and lifestyle tips, it can be hard to figure out where the truth ends and the myths begin.

So, what does metabolism actually mean? And can you really change how fast it works?

Simply put, metabolism refers to the process your body goes through when it changes the calories from food into energy. However, it’s actually split into two different activities:

So you’ll metabolise the foods you consume and use them to fuel, fix, grow, energise and maintain your body.

Why would I want to speed up my metabolism?

Metabolism is generally discussed in relation to weight control - if your body can’t, or doesn’t need to metabolise all of the calories you’re consuming, then you may be likely to gain weight. Likewise, if you’re burning more calories than you can metabolise, then you’ll be likely to lose weight.

Not all metabolisms are made equal - BMR can be affected by factors such as genetics, health, body composition, activity levels and more. You may simply be born with a very fast or slow metabolism, or health issues may have slowed yours down, meaning you can’t burn the energy you’re consuming from food as fast as other people.

Also, our metabolisms naturally slow down as we age, so even if you once found it much easier to lose weight without having to focus too closely on your diet and fitness, you will likely find it much more challenging as you get older.

How to speed up metabolism

In general, increasing your exercise is the best way to increase your metabolism but if you’re interested in boosting it even further, then you could try the following:

There’s a lot of discussion about whether the way you eat can affect your metabolism. Here, we’ve busted a couple of popular myths that we regularly hear…

This is one of the most persistent myths surrounding metabolism, even though it’s also one of the most clearly debunked and refuted. A 1993 study from the University of Limburg[5] found that meal frequency had no statistically significant effect on metabolic rate and overall energy expenditure.

This research has since been backed up by numerous other studies.

The bottom line is that you need to be watching the total number of calories you consume in a day. Whether you eat 3 or 6 meals is unlikely to have an impact on anything other than how full you feel at any given time and how likely you’ll be to overeat or not.

The idea that eating before bed causes a metabolic crash has been doing the rounds for some time.

However, one large 2015 scientific survey[6] of the available data suggests that things aren’t quite so straightforward.

These results are not consistent, however. Obese individuals seem able to completely avoid the negative side-effects of eating just before bed by exercising regularly – and those negative effects don’t seem to apply to fit individuals at all.

Also, while eating large meals just before bed might not be ideal, eating a small nutrient and protein-rich meal seems to not only improve overnight muscle growth but also leads to a faster metabolism the next morning.

The PureGym blog is brimming with ideas for exercises and workouts you can do to build muscle and burn calories. You can also check out our diet and nutrition section for healthy food ideas as well. If you’re ready to sign up to the gym and need a little help getting started, then our fitness classes and Personal Trainers can help you on your fitness journey.