Benefits of Coconut Oil: Everything You Need to Know 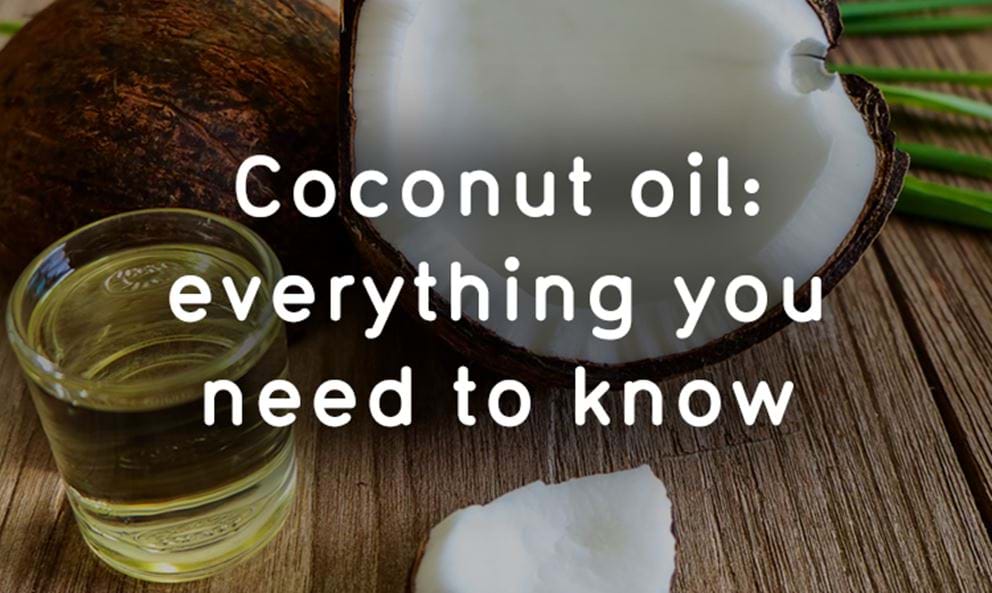 When you think of coconuts, you probably picture a tropical island paradise with white sand beaches and palm trees as far as the eye can see.

You may not think of coconut oil – an oil recently gaining popularity in the West for having something near enough to actual superpowers. Sceptical? Let’s take a look at some of those benefits.

One of the keys to coconut oil’s immense power is the way its fats are structured. Dietary fats are usually made up of “long chain” fatty acids. Coconut oil, on the other hand, features “Medium Chain Triglycerides” (MCTs) which are handled much differently by the body.

When MCTs are digested, they go straight from the digestive tract to the liver and are then either used as a quick source of energy (giving you a quick boost) or are converted into ketone bodies (which have been scientifically shown to help treat Alzheimer’s disease[1].)

Not only do MCTs not promote fat gain – they actually do the exact opposite. Studies dating back to the 80’s have shown that MCTs cause your body to burn more energy than long chain fats.[2]

One 1996 study found that even one meal of as little as 15-30 grams of MCTs increases your overall energy expenditure by about 5% for up to 24 hours.[3] That typically equals 120 extra calories burned each day, without you so much as getting off the couch.

Coconut oil is made up almost completely of saturated fat but don’t go scratching it off your shopping list just yet.

Although saturated fat has never been popular in health circles, (something about that whole “clogging your arteries and leading to an early death” thing?) studies done in recent times suggest it might not actually be bad for you after all.

The thing about saturated fats, according to one 2003 meta-analysis, is that they raise levels of HDL (good) cholesterol while changing the LDL (bad) cholesterol into a less harmful form.[4]

One 2009 study done on 40 women found that coconut oil reduced LDL and increased HDL cholesterol significantly when compared to (the deeply inferior) soybean oil. [5] With less LDL and more HDL in your system, your risk of heart disease should be seriously reduced.

Need a boost to your immune system? Luckily, around 50% of the fatty acids in coconut oil happen to be made up of lauric acid (compared to 2.9% of the fat in cow’s milk).

Lauric acid is a good thing as it’s known to have powerful antimicrobial properties.[6] When combined with monolaurin – an antimicrobial agent formed when coconut oil is digested by the enzymes in your body – the overall effect is enhanced even further.

Simply eating coconut oil can help to kill off powerful pathogens ranging from bacteria to viruses. In fact, the combination of lauric acid and monolaurin have been found to kill off Staphylococcus Aureus – a seriously dangerous pathogen that’s the cause of Staph infections.[7]

There’s a pretty serious likelihood that you could avoid episodes of major illness or infection just by adding some coconut oil to your diet.

Heard enough about the health benefits of this stuff? Well, here’s a feel-good point for all the dieters out there: coconut oil can reduce hunger and keep you feeling full for longer.

Remember that coconut oil is partly broken down into ketone bodies when digested? Well, it turns out that ketone bodies suppress your appetite.[8] A 1996 study showed that men in the sample group who ate more MCTs than long chain fatty acids ended up eating an average of 256 fewer calories per day. [9]

That’s not all, either. A 1998 study also found that men who ate a good amount of MCTs at breakfast ended up eating considerably fewer calories at lunch – meaning that the appetite suppressing effects last, at the very least, for a good few hours.[10]

So if you’re looking to go on a cut and shed weight but don’t love the idea of feeling starved and enraged all day, coconut oil might just be the magic solution to all your woes. As well as maybe saving your life and all that.