Know Your Chips: Which is Healthiest? 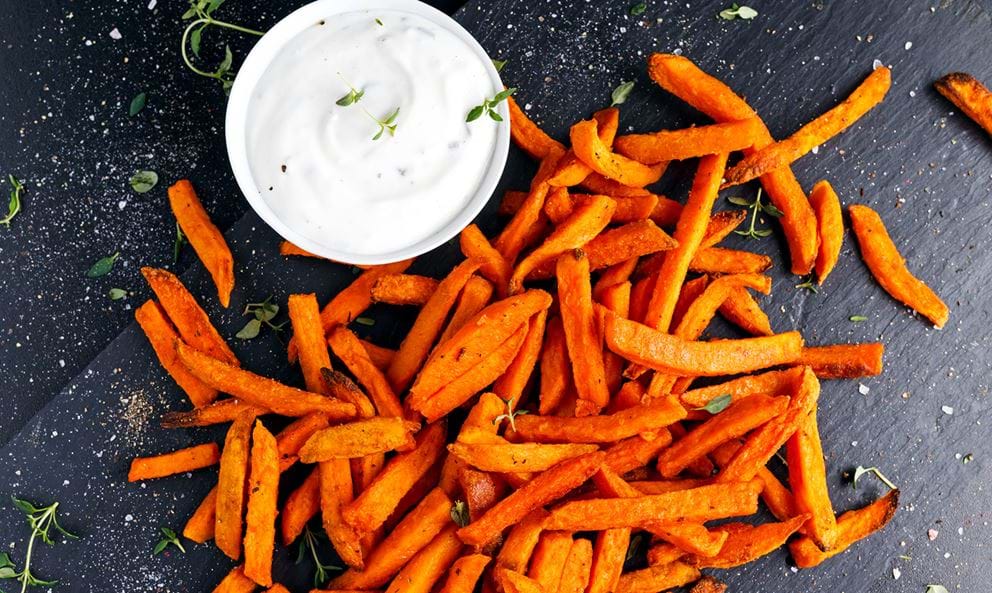 Chips, or fries, are one of the nation’s (and world’s) most popular fast foods. It’s not too hard to see why. They’re delicious, easy to transport, starchy and filling.

The only issue is, they’re probably not that healthy.

Here’s a look at why you might want to be wary of that plate of chips, and some suggestions for how to reduce their health downsides.

Why are chips ‘unhealthy’?

Commercially prepared and bought varieties of chips tend to be cooked in vegetable oils such as soybean oil, canola oil, safflower oil, and sunflower oil. These oils gained prominence in decades past due to the warnings and fears of officials about saturated fats, for which they were used as an alternative.

The issue is that recent findings have suggested that saturated fats may actually not cause the artery-clogging and heart-health issues that they were previously thought to, while polyunsaturated fats (the type found in vegetable oils) may well have negative health consequences.

One of the major issues with any kind of highly processed food is that such foods are routinely high in additives which may have detrimental health effects. These health effects may not be apparent for years to come as such ingredients are very recent additions to the human diet.

Make your own: The best way, as always, to ensure that you’re getting the healthiest food possible is simply to cook your own at home. Preparing your own chips from scratch can be done fairly easily, though it’s best to avoid the conventional method which uses a deep fryer and copious amounts of vegetable oil.

Instead, consider baking your own chips — possibly with a drizzling of olive oil and a dusting of arrowroot flour, salt and pepper — and then serving in your preferred way, e.g. with homemade hamburgers, vinegar, and so on.

Go thicker: The thicker the chip, the smaller the surface area to volume ratio. That means less of the heavily fried outer coating, which in turn means fat and calorie content is reduced.

Go sweet. Sweet potatoes are known to have a number of health benefits over their more common rivals. They tend to have fewer calories relative to standard potatoes, while they’re higher in Vitamin A, C and calcium.

If you’re going to be eating out, it pays to know what it is you’re actually consuming. Here’s what’s in your chips at some of the country’s leading eateries: