Is It Ever Too Late To Lose Weight?

Thursday, December 7, 2017 How To Lose Weight Exercise Advice for Over 50s 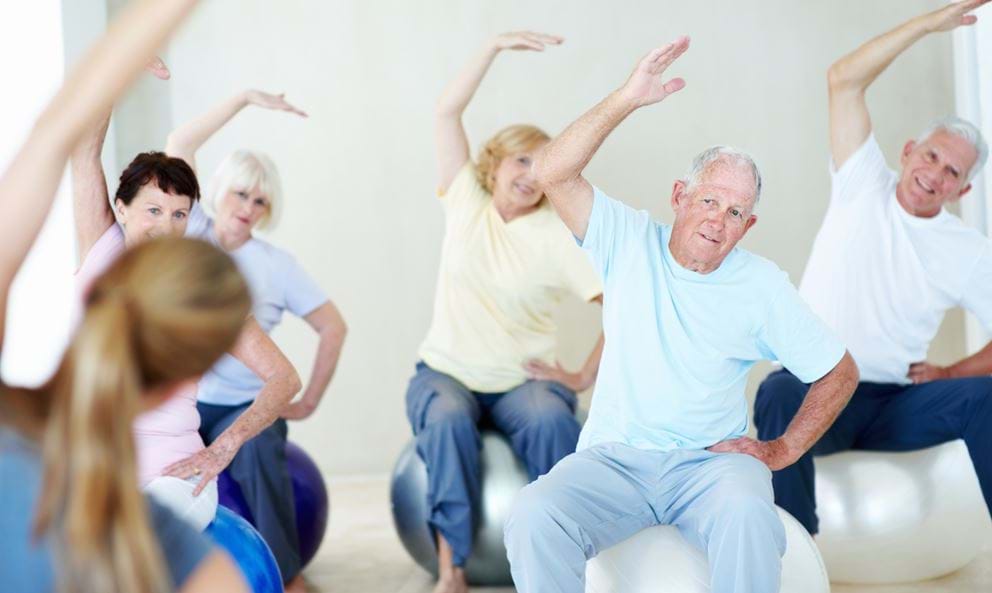 As people get older, they just gain weight. You’ve probably heard it before from your friends, family, or the local paper. A sad reality, all in all, but not the kind of thing that anyone can do much about. Just a fact of life.

Of course, if you’re at all familiar with Pure Gym, you could guess that this article might be out to make a slightly different argument.

Without further ado, let’s take a look at what’s really going on with ageing and weight gain, and try to find an answer to the question “is it ever too late to lose weight?”

Body composition will change as you age

The first thing to understand is that weight gain really does seem to be a natural part of the ageing process, with various research confirming the trend. One 2014 cross-sectional study1 of Czech women found, for example, that body fat mass increased with age, and that even when lean body mass (think “muscle”) decreased with age, weight gain still occurred due to the increased fat gain.

Other studies, including one from 19962, found that even the way the body utilises different nutrients changes with age, with older subjects utilising less fat.

It’s worth noting, that as we age, muscle mass becomes increasingly difficult to maintain and is likely to deteriorate[1]. This can be mediated by partaking in regular resistance exercise - aerobic exercise will burn calories but won’t help us maintain muscle mass.

Why do we gain fat as we get older?

There are likely to be various unknown factors which play a role in the increased fat gain as we get older, but one which is quite well understood is a general decrease in resting metabolic rate, known to be associated with aging3.

Or, in other words, our metabolism slows down as we get older.

So, is it ever too late for weight loss?

A longitudinal Dutch study5 investigated the reasons behind a worrying trend researchers had noticed — that weight loss in old age was associated with an increased risk of. Obviously, that sounds pretty terrible on the face of it. Would that, therefore, mean that exercising to lose weight in later life would increase someone’s risk of dying?

The study specifically investigated questions like these, and found no connection between intentional weight loss, through diet or exercise, and mortality, meaning that the type of weight loss linked to mortality is likely the result of illness.

How should older people train in order to lose weight?

Of course, many older adults go in the exact opposite direction, and become less physically active as they age, which, it turns out, is exactly the wrong thing to do.

As well as spending more time on vigorous exercise such as jogging, high-intensity interval training (HIIT) is known to be significantly more effective than steady state cardio when it comes to burning fat7.

In fact, many of the benefits associated with HIIT are likely to be especially useful for older people with slowing metabolisms, such as lowering insulin resistance and increasing fat oxidation. Not only that, but research8 has even suggested that HIIT may have specific anti-ageing benefits on a cellular level.

Of course, doing intense sprint intervals up the side of a hill is not going to be the safest or easiest training approach for many older trainees, and running a long distance every day might be impractical. Here’s where conventional gym

equipment such as treadmills, elliptical trainers and exercise bikes come in, and these should be utilised fully.

To help maintain your muscle mass and bone-density, try incorporating a few weight training sessions into your exercise routine, with lighter weights to begin with. Weight-bearing and resistance exercises also provides other benefits such improved sleep, reduce risks to other chronic diseases and depression, making it a worthwhile activity that will benefit your health.9

To sum up, various factors, including as a slowing metabolism, do lead to greater fat gain in old age. But that doesn’t by any means suggest that an older trainee can’t fight back and stay lean. Research has shown not only that weight loss is safe for older people, but also that increased exercise is the perfect antidote to various age-related conditions.

A good fat-burning training approach for older people could involve finding the time to jog on a treadmill each day, and do HIIT training on a stationary bike one or two days per week.