Healthy Ways To Keep Your Stress Levels Down 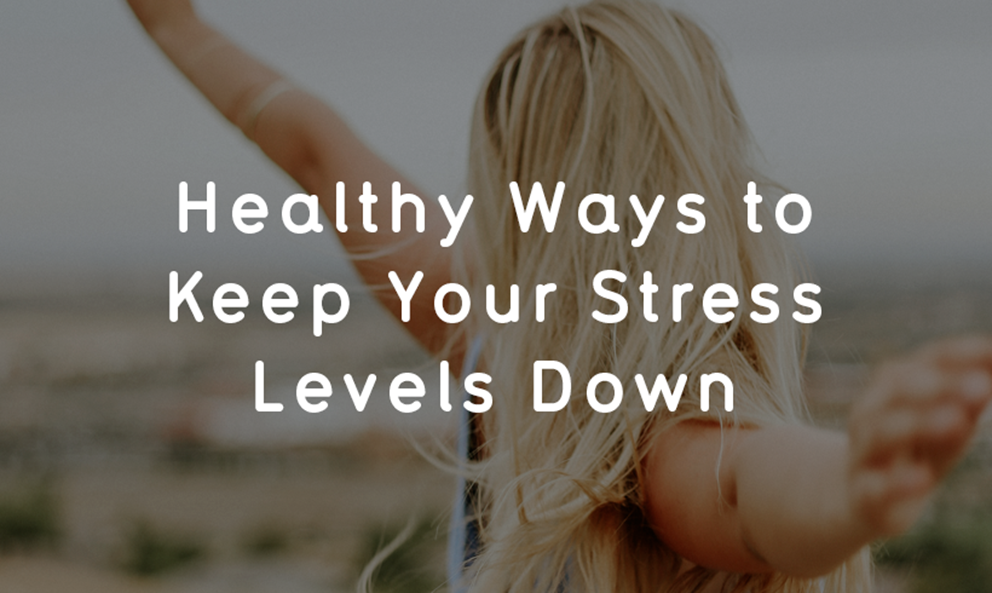 For many people, 21st Century life seems to be a lot more stressful than it should. You know how it is, bills to pay, work or University deadlines to meet, personal issues to resolve, all eating at your attention around the clock so that you eventually end up missing out on sleep and feeling even worse.

Luckily, the grim spectre of stress can be kept at bay, and not by drinking the pain away, either. Here are some healthy ways to keep your stress levels down.

Leafy greens like spinach and kale are already known to be packed full of essential nutrients like iron, vitamin A, vitamin K and magnesium, but they’re also a rich source of folate, which helps the body to produce feel-good neurotransmitters like serotonin and dopamine.

At least one study, done in 2012, found that subjects who consumed more folate were less likely to suffer from melancholic and depressive mood states.[1]

Other research has found similar effects from consuming fruit and vegetables in general, with a 2013 study[2] finding that eating fruit and veg calmed the nerves of young adults being evaluated.

Not eating enough food makes people irritable, upset and stressed. This is a cast-iron fact of nature, known to all dieters across the land, as well as anyone who’s ever interacted with them.

That’s not just an anecdote, either. The Minnesota Semi-Starvation Experiment[3], which took place during the tail-end of WW2, found that subjects who significantly restricted their caloric intake suffered from a variety of negative mental and emotional (as well as physical) states, including irritability and anxiety.[4]

In addition to that, other studies have found that dieting increased the levels of the stress hormone cortisol in the body, leading to… well, more stress.[5]

There’s a vicious cycle which frequently happens here. Time constraints often cause stress – not feeling that you have enough time to meet a deadline for example. That time-stress causes you to skip meals or switch to small, unhealthy snacks. Your poor diet then makes you even more stressed.

Break the cycle and find time for a proper meal.

Get More Sleep and Take Naps

The dangers of sleep deprivation are well documented. Not only does your overall health and cognitive function[6] suffer, but by missing out on your beauty sleep, you’re also putting yourself in a default stressed state.

Research has shown that sleep deprivation leads to increases in the stress hormone cortisol[7], and anyone who’s ever had an argument while sleep deprived knows that emotions are liable to run far higher than should.

Treating sleep like an absolute necessity rather than a luxury for weekends is one of the best overall health practices you could take up. Never fear if you suffer from a restless night every so often, though, a nap might be enough to get you back on the right track.

Research from the Journal of Clinical Endocrinology & Metabolism suggests that a 30-minute nap might be able to reverse the negative hormonal impact of a poor night’s sleep meaning, partly that it could reduce stress.[8]

Even if you don’t live in the heart of the concrete jungle, it’s likely that you’re not spending enough time in nature. It’s a simple fact of modern living that most of us end up spending most of our time indoors at any given time – whether that’s in an office at work, or in our living rooms at home.

But getting out into nature isn’t just a nice way to spend an occasional Sunday morning – it’s an incredibly powerful way of improving your overall wellbeing.

A 2016 study[9] found that even just looking at trees had a significant impact on reducing the stress levels of subjects. Other research has found that women who had recently been diagnosed with breast cancer experienced less stress after spending 2 hours in a natural environment.[10]

One famous 1984 study[11] even found that patients in a hospital who had a view of trees from their windows recovered faster after surgery.

Whatever the reason, it’s clear that one of the best ways of reducing your stress levels is by taking the time to get out into nature and walk around on a regular basis.