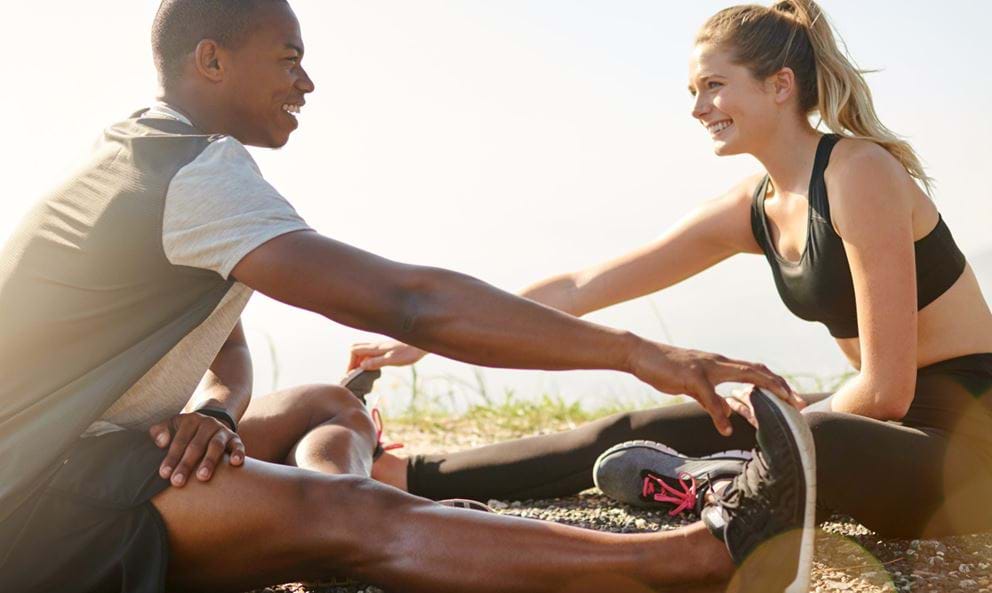 Yoga is an ancient art with its roots stretching back into the mists of prehistory. Originally a religious and philosophical system featuring poses, you’re probably more familiar with all the stretchy stuff — things like hatha yoga and hot yoga, which focus specifically on the physical fitness side of things.

Not too long ago, yoga in the Western world was mostly associated with hippies and housewives, but as research has mounted, and the benefits of yoga have become more widely known, everyone from serious athletes to busy professionals have started to sign up for classes.

Here’s a breakdown of some of the benefits of yoga – as well as a look at some ways to boost your yoga performance, if you feel your strength or flexibility is stopping you from getting the most out of your practice.

Cortisol is the body’s primary “stress hormone”. It not only contributes to those familiar, unwelcome feelings of stress and anxiety, it also promotes the breakdown of tissue around the body, including muscle. When cortisol levels are chronically high, you can expect to feel terrible, and struggle immensely trying to gain mass.

Many experienced athletes and gym-goers are, sooner or later, laid low by joint injuries and the chronic pain that comes along with them.

Not good. But you might not have to avoid the gym for a year due to your injuries if you take up a regular yoga class.

Studies have found that yoga is an effective treatment for carpal tunnel syndrome, as well as for osteoarthritis of the knee, with the yoga improving joint function and reducing pain.

Asthmatics and those with other breathing conditions often struggle to perform to the best of their abilities in athletic activities, and can sometimes be put off even going to the gym as a result of the difficulties they have with training.

This is especially unfortunate, because studies confirm that exercise helps to improve asthma control in adults.

Everyone knows that yoga improves flexibility, and everyone can think of a few situations where improved flexibility could be useful.

It turns out that this particular benefit of yoga isn’t just folk wisdom. A 10-week, 2016 study found that yoga significantly improved flexibility and balance in college athletes.

Sleep is far more important for overall health than many people realise. In his bestselling book, “Why We Sleep”, neuroscientist Matthew Walker mentions, casually, that even just one week of moderate sleep deprivation can wreck your blood sugar control to the point where you’d be classified as prediabetic. That’s just one example.

Of course, sleep is also essential for proper recovery following exercise, particularly in the case of muscle growth.

Luckily, research from 2005, conducted on seniors, found evidence that yoga can improve sleep across various dimensions, including by helping people get to sleep faster, helping them sleep for longer, and helping them to feel more rested as a result of their sleep.

Techniques to improve your yoga performance

People are sometimes put off signing up to a yoga class because of their poor general flexibility to begin with. Here are a few ways you can improve your yoga performance.

Do more yoga (with bands and blocks)

Often, the best way to improve at an activity is to do more of it. Using yoga bands and blocks can help you ease into tougher moves. Try starting with a beginner friendly yoga flow and slowly improving your strength and flexibility for these poses, as this will help to build a foundation for more advanced yoga moves.

Do some weighted stretches

Various exercise methodologies have made use of weighted stretches in the past. As long as they’re performed safely, these exercises can be a tremendous asset in the fight against tight muscles.

Typically, weighted stretches are performed by relaxing the body in various positions and allowing the weight, and gravity, to push the stretch. You could perform a weighted pec stretch, for example, by holding two dumbbells in “fly” position and letting your arms stretch out to the sides as far as possible.

Do more push-ups and shoulder work

Yoga contains many movements that mimic the push-up in one way or another, and which put tension on the shoulders. Prepare for this by doing more push-ups and by kicking your shoulder training up a notch.